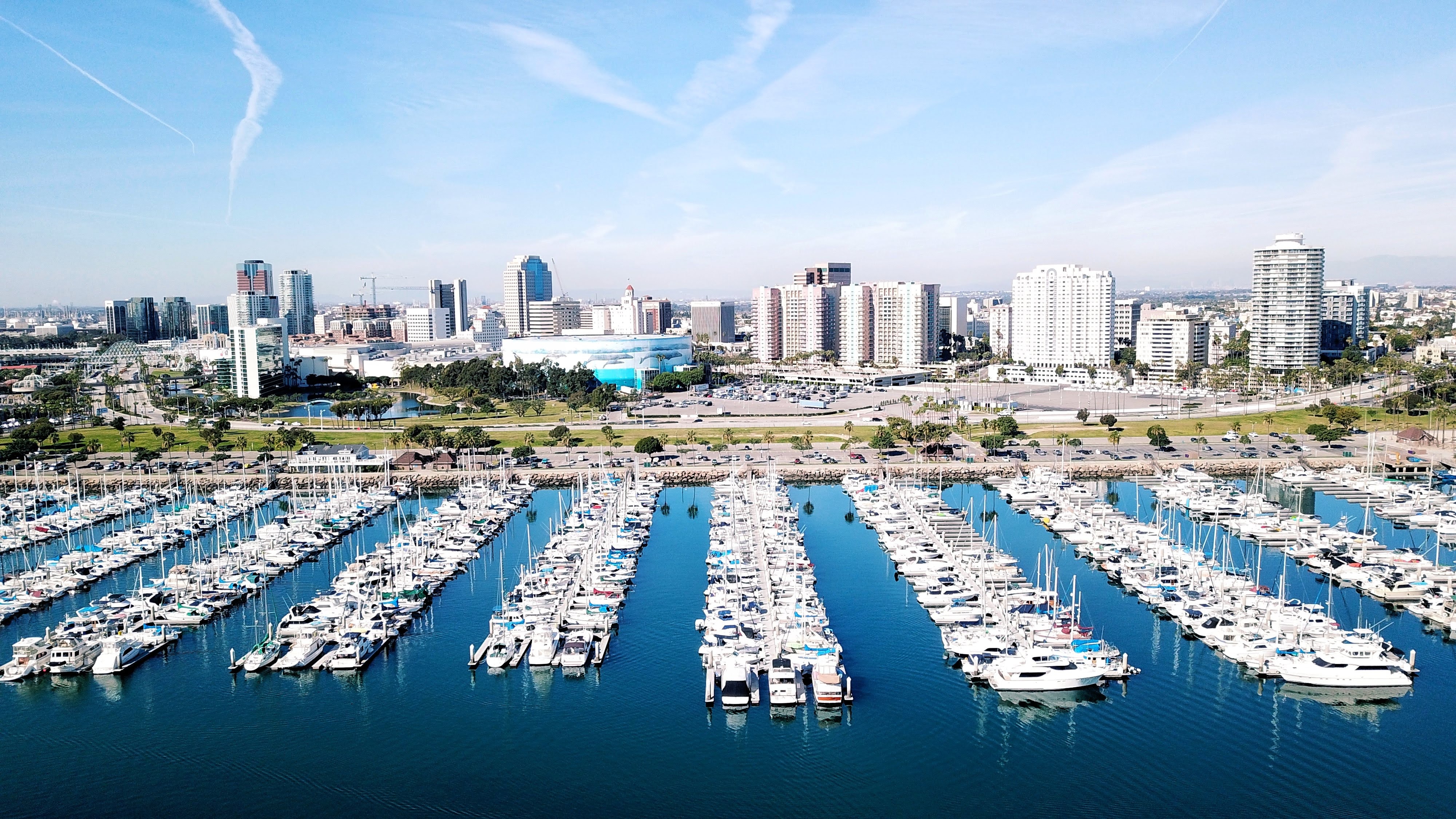 The mission of the LBRA is to serve as the unified voice for our lbc restaurants by connecting our community, impacting legislation and serving as a resource to ensure our businesses grow and thrive.

The LBRA was born out of the need for a united force of the independent restaurant industry in Long Beach, we bring together our community, we impact legislation, cultivate relationships and provide valuable resources to help you run your business. The LBRA is composed of an experienced board of directors who have access to industry resources and legal counsel.  We address city issues and regulations affecting restaurants, and have constant communication with top city staff, including the mayor, to keep them informed about issues important to our employees and our businesses within Long Beach.

Geoff is an experienced, driven and focused business entrepreneur. He has put in over 30 years while managing at fast-paced, popular restaurants such as Claim Jumper, Islands and Yardhouse. With all his endeavors he has learned all the skills to not only start up one restaurant, but three!

Having lived in Long Beach for 20 years now and working his way up the ladder from his dishwashing job during college, Geoff has created a great success here among our community. In 2003, he and 3 other passionate sports lovers opened Roundin’ 3rd, an absolute favorite when it comes to sports bars in our city. The 4 partners wanted to create a place said to be ‘the only place to stop on your way home,’ somewhere you can stop by after a long day for incredible food, an ice cold drink and meet your friends for the sports game.

His visions then extended to a modern and tasty Latino cuisine influenced spot, Panxa in 2014. Panxa, meaning Belly in spanish, has the intention to satisfy your belly by the time you leave. With unique dishes, high end tequila and a captivating vibe, this is no struggle to achieve. Geoff continued his partnered work with his wife and head chef to create a fine dining experience called the The Hideaway in 2019. Nothing beats this ‘old school Palm Springs steakhouse’ where each dish has a unique twist, hearty flavor and a price that won’t break the bank (one of Geoff’s goals when opening this spot).

With his drive to successfully multitask and bounce ideas off one another, Geoff is happy to be a part of this powerful group. He is hopeful to ‘help guide the city of Long Beach through these tough, transitional times in a future that leads to greater success for all restaurants’ and so far, he’s doing just that.

Yep, you guessed it; all of the popular ‘Michael’s’ restaurants around town were created by the same Michael, Michael Dene. With his Italian roots, New York influence and drive for good quality, Michael was geared up for success. His original work began within his fathers lighting company, table lamps to be specific. When Michael took over he became his own source for parts therefore not only able to control the cost but most importantly, the quality. Dene strongly believes that it’s ‘not worse for less, [it’s] better for a little bit more.’ Since his business at the time relied on Asia’s supply, Michael knew it was important to get closer to his supplier, therefore gifting the west coast a driven entrepreneur,

Dene wanted to bring his educated palette from the east coast to the west, which is when he started Michael’s Pizzeria, an outstanding pizza joint featuring Authentic Napoli-style wood fire pizza. Furthering his family traditions to never eat from a can and a desire to bring a farm to table, fine dining restaurant to Long Beach, Michaels on Naples was born. Later, Michael’s Downtown resulted as a combination of his other two spots and stretched to the other side of Long Beach, providing true italian dishes with amazing flavor!

With the same philosophy and combined efforts, Michael sees this collaboration as strength in numbers and a strong execution to becoming more unified among our community. His love for travel has created a mindset that has no boundaries and he is blessed to be a part of this association where we can expand our voice and achieve more, as one.

Rod Frontino was born right here in Long Beach, attended and graduated from Lakewood High School and continued on to California State University Long Beach, where he graduated with a Bachelor of Science degree in Business Finance. After graduating from CSULB in 1993, he went on to become a financial advisor selling a variety of financial services products. He managed an agency and had an office in the Bixby Knolls area of Long Beach until 2003. He currently holds active licenses in: Real Estate, Life/health Insurance, Bail Insurance Agent, Series 6 & 63 securities, and is a notary public.

In 2003, he still continued to service his existing financial services client base, but he became a partner in a food service business that supplied food to private and charter schools.  He was responsible for facilitating the opening of 12-15 commercial kitchens in private and charter schools throughout the Southern California area.  He is well trained on Health Department regulations and has years of experience in hiring, training, and managing people in the food service industry.  He was responsible for operating kitchens that served on average of 700-1000 meals per day.  He has continued to offer his experience in food service as a consultant on a fee for service basis as needed.

In 2006, Rod was introduced into the Bail Bond Insurance business by a close friend of over 10 years. Rod was approached as a person of interest to start a Bail Bond business due to his experience in the insurance industry along with his experience in hiring, training, and managing of a Financial Services agency in the past. Rod is currently the owner of Awesome Bail Bonds based out of Long Beach CA, which has been in business for 13 years and currently has 3 state licensed agents representing his firm.

Rod is married to Kelly, a high level Registered Nurse(RN), and they own a home in the Naples Island area of Long Beach where Rod has lived for many years. They have 2 amazing children, Allie and Luke, both who attend Naples Elementary and where Kelly is very active volunteering at the Naples Elementary school during the school year.

In his various business activities over the years he has become well versed in dealing with businesses, residents, and the public in general.  He is liked and trusted by many and values positive relationships and alliances with local businesses, residents, and politicians. He and his family are members of the Long Beach Yacht Club.  He is a previously elected board member on the Seal Beach Chamber of Commerce from 2012-2014, and an active member in both the Naples Island Business Association and the Belmont Shore Business Association as owner of DOGZ Bar and Grill and Roe Seafood, and a member of the Long Beach Century Club. Rod also has great working relationships with local city council staff and the planning and building departments at the city of Long Beach.

Rod and his family love the city of Long Beach as their home and place of businesses and they are proud to be residents of Long Beach and look forward to a long, prosperous life here.

There are three aspects of the Hoover motto- Family First, Work Hard Play Hard and If it Doesn’t Make Dollars, It Doesn’t Make Sense! These three very important tools guide Ryan in his business decisions and lifestyle choices he makes every day.   At age 15, Ryan began working for his Mother’s restaurant The Mustard Seed in Long Beach, where his passion for the industry began. He worked at multiple Long Beach restaurants throughout college, including the  Yardhouse where his knowledge grew, strengthening his understanding of teamwork, fast paced skills and quality service.

In 2008, Ryan attended culinary school while staying intertwined with the industry by cooking at the astounding Montage Resort in Laguna Beach. He later moved to work for Southern Wine and Spirits, where he learned how to procure and optimize a restaurants liquor buys, all while working intimately with different restaurant manager and owner styles.  Taking his 25 years of restaurant experience to the next level, he purchased KC Branaghans in 2019.   Ryan expresses his loyalty to our city and values his relationships with the members of the LBRA.  He wanted to be a part of this movement to create a louder voice among small restaurants to help those who have given so much of their life to their city.

When asked what she likes to do outside of work, Stephanie’s first response was ‘Talk about work!’ with a giggle. Nothing validates working within your passion more than that response right there. Whether Stephanie is at her restaurant, Plunge, or being the social butterfly she is, successful business and the latest trends are a common topic of conversation. This type of mentality has fueled her success.

At age 17, Stephanie was a hostess at the popular Mel’s diner on Ventura Blvd, which quickly promoted her to a server with her personable personality. In 2006, Stephanie relocated from the Valley area to Long Beach with the hopes of collaborating with the city’s progressiveness, diversity and authenticity. Not only was being by the beach appealing, but she knew she belonged here with the like minded, innovative community. She had an objective to create a health food spot within Long Beach and with that, started her first restaurant, Steamed, an all organic, vegetarian spot in 2011. Later in 2017, Stephanie partnered up to create Plunge, a restaurant that holds a delicious American cuisine with a local twist, overlooking beautiful Cherry Beach in Long Beach.

When the LBRA board was created, they were prompted with this amazing woman and her fierce drive to unify the restaurants within our town. She is the only female board member and carries the uplifting, marketing side of our team to drive us into more success. She aims towards working well with people, inspires those around her and is a stepping stone in other’s lives to amplify their goals.

The LBRA has become such an inspiration sounding board for her and the most positive reminder that not only are we in this together, but this is a community, not a competition.

Help us rebuild our restaurant community and
solidify the future of dining in Long Beach.